Sixteen. The age my oldest brother died. I remember it being such a peculiar feeling when I turned sixteen, thinking about what it would be like if that was my last year of life, as it was for my brother. Then it was an even sadder, stranger feeling when I turned seventeen. I was now officially older than my oldest brother ever had been. It was almost an eerie feeling, like I shouldn’t be there, I shouldn’t be older than my older brother. I was entering territory he never had the chance to walk. It was another odd day, on the twelfth anniversary of my brother’s death, when I had officially lived longer without him, than with him.

Jude is officially older than his older brother ever was. Joshua lived 80 days and two hours into his 81st day of life. Of course, it’s a huge relief that Jude has lived beyond Joshua’s age of death. It’s also sad. I look at Jude and am reminded how big and handsome Joshua was at the same age. I am reminded what a baby who hasn’t spent his entire life in the hospital, acts like at his age. It also feels a bit like Jude is passing Joshua up, like Joshua is being left behind. Of course we will always carry Joshua with us, but he is frozen in time. You know how when you haven’t seen maybe a niece or nephew for a few years and when you see them again you just keep picturing them how you last saw them? It’s like they have been frozen in your memory the way they were when you last saw them.

I cringe a little bit when people complain about getting older. I understand their sentiments, and I’m sure I too will complain about the aches and pains that can plague a body that has been around the sun many times, but what I wouldn’t give for my brother and son to have celebrated another birthday. It really is a privilege denied to many. The Bible says “a gray head is a crown of glory” in Proverbs 16:31. Just as some are denied the privilege of growing old, many babies are denied the privilege of even being born. While I wouldn’t lie and say Joshua’s life was all rainbows and good times, his life was meaningful and precious nonetheless and I wouldn’t trade the pain for the privilege of knowing him.

So on this day, the day my son Jude is older than his older brother ever was, I reflect. I praise God for Jude and at the same time I remember Joshua’s sweet short life, and I grieve, for all the milestones I will never be witness to, even if his milestones and big accomplishments would have been different than other children. I grieve for all the birthday cakes I will never get to bake, and all the pictures I’ll never get to take. Our family grieves but we keep moving forward, we just keep swimming and there isn’t a day that goes by that we don’t talk about heaven. 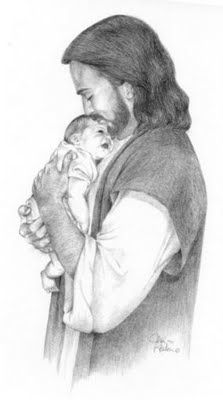