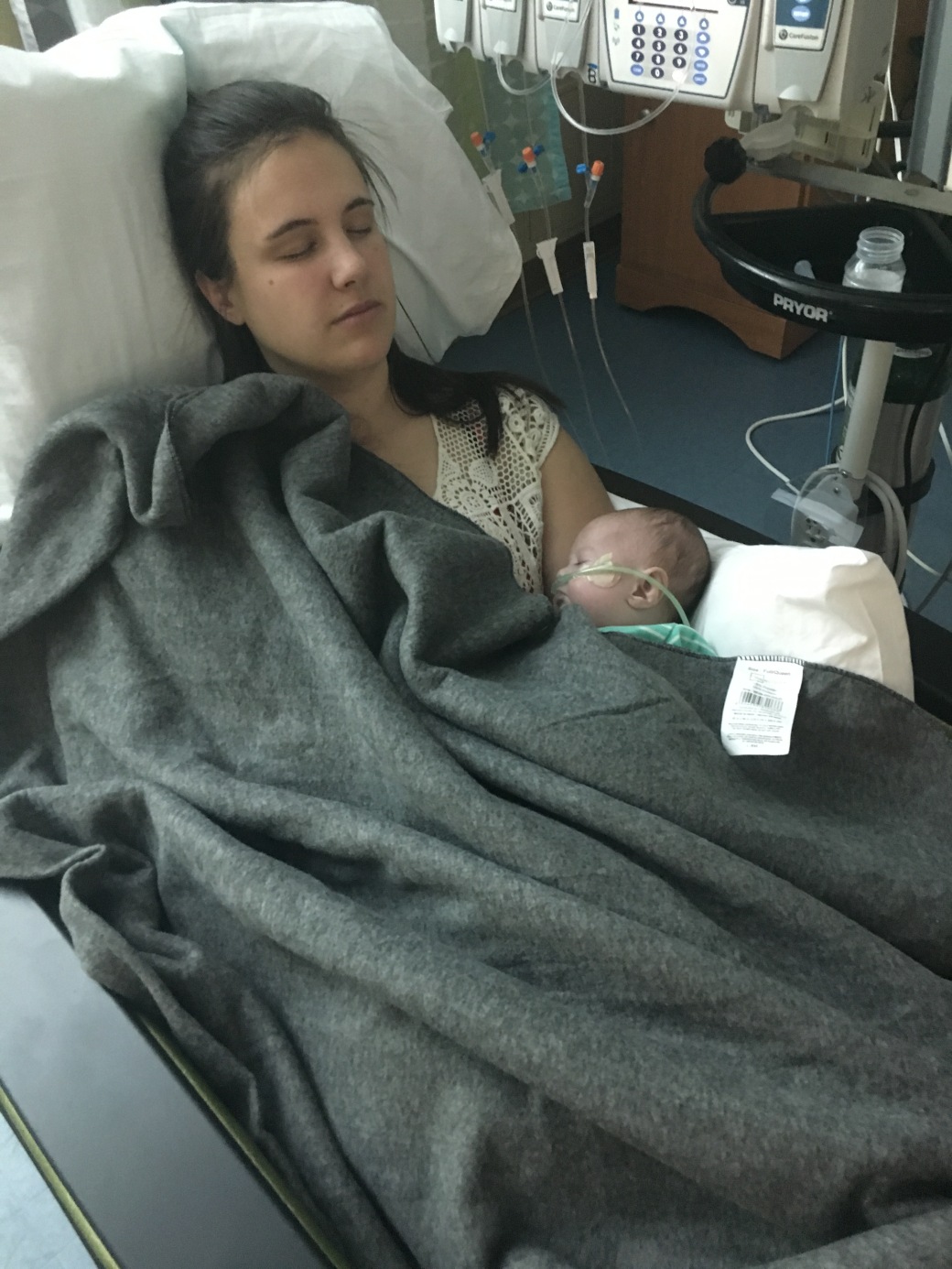 I’ve debated sharing this part of Joshua’s story. The darkest part. However, my desire is that maybe it can give someone hope that through the unthinkable, they can and will make it through.

A few years ago I volunteered for Camp Erin. It’s a bereavement camp for children. I had always had a heart for grieving kids because of the death of my brother and the way that grieving children really get forgotten in the background. One night at the camp, children came up in front of the group and put a picture of the loved one they lost, up on this board. Mostly, it was parents they had lost but a few pictures were of sweet babies. I could hardly hold myself together and almost had to leave the room. My first daughter was only over a year old and I remember thinking, that right there, is every parent’s worst nightmare, waking up and finding your baby dead. I honestly never thought that would become my reality just a few short years later.

Some people mistakenly thought doctors sent Joshua home to die, but that couldn’t be further from the truth. Josh was only on 0.1% oxygen, hardly anything. I had eight follow up appointments scheduled over the next month or so and doctors were optimistic. They knew he would have lots of challenges but I felt all of them cheering him on. Josh did have some breathing ‘episodes’ in the hospital Friday, the day he came home, but doctors explained them away with various aspects of his anatomy or conditions.

I’ve written before of how Josh was pretty irritable Friday night, really up most of the night until four or so in the morning. I actually took him out of his crib and slept with him on the floor that night, because he was attached to oxygen and his G-tube feeding bag I couldn’t bring him into bed. Saturday he slept all day. He was very lethargic but he was also on medications and it was a hot day. I didn’t think much of it until that night. We gave him a bath and he didn’t respond very much, still just very lethargic.

I put him in his crib, on his back. At midnight or so I used the light on my cell phone to look at him, and he was breathing but he was definitely sucking in a lot by his ribs, doctors call it retractions. This was something Josh had done before and had been doing in the hospital prior to coming home, so I let him sleep. I kept thinking, he was sleeping all day, he’s bound to wake up soon and be up all night. For no apparent reason, at about two in the morning I bolted up out of bed and again used my cell phone light to check on Josh. This time, I couldn’t see his stomach moving up and down. I opened up his onsie to see if I could see it moving. Still nothing. I called Andy’s name a few times and he didn’t respond so I pounded him on the back and said, I don’t think he’s breathing. Andy came over and we took him out of the crib and put him on our bed. Andy shook him a little to see if he would respond and…nothing. I started panicking a little and I said should I call 911? I’m calling 911. They had me give them all of the information on the phone, all while Andy started CPR. We moved him to the floor, where we were still on the phone while Andy was giving compressions and I was giving Josh breaths. I just remember listening for sirens, waiting for that desperate help to come. Two police officers that Andy actually knew came, and I gave up control of CPR to them. I waited in the corner of our room and once the paramedics came one of the men started asking me about Josh and I proceeded to give him the huge list of anomolies and surgeries Josh had endured. There were quite a few people in the room and it was chaotic, so we decided to check on our other children and wait downstairs.

Thankfully, our children slept through the chaos. Once downstairs I started reading through some scriptures that Red Rocks Church had given us after one of the sermons. It was scriptures like Joshua 1:9 which had always been our verse for Josh and our situation, “Have I not commanded you? Be strong and courageous. Do not be frightened, and do not be dismayed, for the Lord your God will be with you wherever you go.” Also, Psalm 23:4, “Even though I walk through the valley of the shadow of death, I will fear no evil, for you are with me; your rod and your staff, they comfort me.” I read this out loud, crying and praying. Andy and I sat on the couch and after probably 40 minutes or so, the paramedic came down and said, “he’s passed”. Andy and I immediately broke down. I told him I hope it wasn’t anything I did and the paramedic responded he was almost certain it wasn’t. I then asked to hold him and he said I couldn’t because the coroner had to come and do his report/investigation.

I sat outside on our patio and my brother in law came, who had heard the news over the police radio because he works at the jail. Then my other brother in law came and then I called my dad and he came over. Both of Andy’s parents and my mom were out of town, another testament of how well everyone thought Josh was doing. I remember feeling like I had to throw up, probably because of the shock of it all. I went away from everyone, into our yard and sobbed and cried out, my baby, my baby, I just want my baby. We all sat out on the patio in silence and watched as the dark became the morning.

The moment I had been dreading, the moment I didn’t know if I could physically make it through, came. The coroner had wrapped up Joshua in a blanket that had been given to us as a gift. I walked up the stairs to our bedroom and there was Josh, wrapped in the blanket laying on our bed. Dead. He was beautiful though. I was so worried about how he would look because it had been a few hours. He was perfect. I brought him downstairs, in front of everyone and kissed his head as the coroner asked us questions. I tried to soak in his smell because I knew I’d never smell his baby smell again. I nuzzled my nose into his hair over and over again. They wouldn’t let us take off his oxygen tubes or even unwrap his little body because they had to leave in everything they had used to try to revive him. I wish I could have seen his toes one more time, they were one of my favorite things about him. I did unwrap his little hand and held it. Cold. I loved holding his hand. My sweet boy, he looked peaceful and I knew he was with God. I asked my family to leave so Andy and I could be alone. It was so difficult holding his lifeless body. I know people who held their babies for hours and hours after they passed, but the coroner gave us twenty minutes with him and we probably didn’t even use that time. We couldn’t handle it.

One of the hardest things I had to do was hand my baby to the coroner and let him take him away. My baby was gone, but the journey, the grief was just beginning.

9 thoughts on “The night my heart went to heaven.”