I’ve tried hard not to be labeled by the events that have happened to my family and I. I don’t use the word defined, because, well, what happened has defined me to a point. It doesn’t comprise all of who I am, but it has helped shape me into who I am today.

On April 20th, 1999 my world was forever changed. I was a fifth grader, 11 years old, at Bear Creek Elementary School. My family lived in Littleton, Colorado. I lived with the most amazing parents, who raised my two older brothers and I with love, discipline, and an unswerving faith in Jesus Christ. I was a part of Westernaires, a horseback riding drill team in Jefferson County. I remember that year, I wrote a paper for my fifth grade class and my teacher called me a humanitarian. I didn’t know what that meant, I would just say, I’ve always wanted to help people and make a difference. I guess that’s my purpose of writing this blog. I want to help others in some seemingly small way. So, here’s my story, a sister’s journey…

On April 19th, I was getting ready for bed. As was my tradition, I made my rounds to my parents and brothers, giving them hugs and telling them I loved them before I went to bed. I went downstairs to my oldest brother, John. He was 16, in love with his first girlfriend Michelle, working after school at a tree nursery, and really loving life I’d say. I hugged him goodnight as he worked at the computer and I told him I loved him. He said goodnight and that he loved me too and then I headed back upstairs. However, on my way up the stairs a thought struck me and stopped me in my tracks. This thought, this voice in my head said, “Go give him another hug, go tell him you love him again. This will be the last time you see him.” Now, I am a girl with a lot of anxiety, I’ve actually self-diagnosed myself with obsessive-compulsive disorder. So, I told myself, this is just my anxiety. However, the thought was so strong, it compelled me to sit on the stairs and look at my brother a little longer and tell him one more time, that I loved him.

The morning of April 20th, 1999 was pretty much the same as any other school day. I woke up, ate breakfast and got ready for school. My brother left earlier than me and headed out the door as I was eating breakfast. I felt some relief when I saw him, putting the thought I had gotten the night before, to rest. John said bye as he slipped out the door and drove down the street in his noisy, gold pick up truck. His clunker of a truck that he had worked since he was fourteen to pay for himself. That would be the last time I ever saw my brother.

My school day was interrupted by a lock down drill. Ironically, my class was stuck in the library and later I would find out that John was also in the library of his school that day during that time. My friends and I didn’t understand the seriousness of the situation and were poking fun at the “dangers” that might await us outside if we dared to go out. My class went down the hallway to help younger kids with their school work and that’s when I was taken out into the hallway by the lady that did carpool with us. She whisked me out of the classroom and told me, with tears in her eyes, that there had been a shooting at Columbine High School. I remember my gym teacher telling me, as I too had begun to cry, that everything was going to be ok. I later resented her saying that to me, it was like a promise that was broken.

John’s girlfriend’s mom had actually come to pick me up and she took me back to our house, where there was non stop coverage of what was going on. We eventually turned the t.v. off and she suggested we go get pizza. My stomach was in knots; needless to say I wasn’t very hungry. While my middle brother, Pat, and I were at home, my parents were at Leawood Elementary school, where they would wait for hours watching bus after bus load of students get off and hugged by their parents and loved ones. They read list after list of students names on the buses and were always told one more bus was coming, which never did come after all. My dad told my mom if they got asked to go into another room, it wasn’t good. They got asked to go into another room and my mom came home to be with us. She knew in her heart what no parent ever wants to conceive, and she wanted to be with the two kids she had at home. That night our pastor came over and some church friends. We all knew John wasn’t coming home but we didn’t receive actual confirmation of his murder until two days later.

Over the next few months, we would learn of what went on in Columbine High School that day and how my brother was killed. This blog is the story of my journey. The story of a sister’s grief and what I continue to learn to this day. I’ve found through my grief, there weren’t very many resources/supports for siblings and that is my reason for writing this here today. 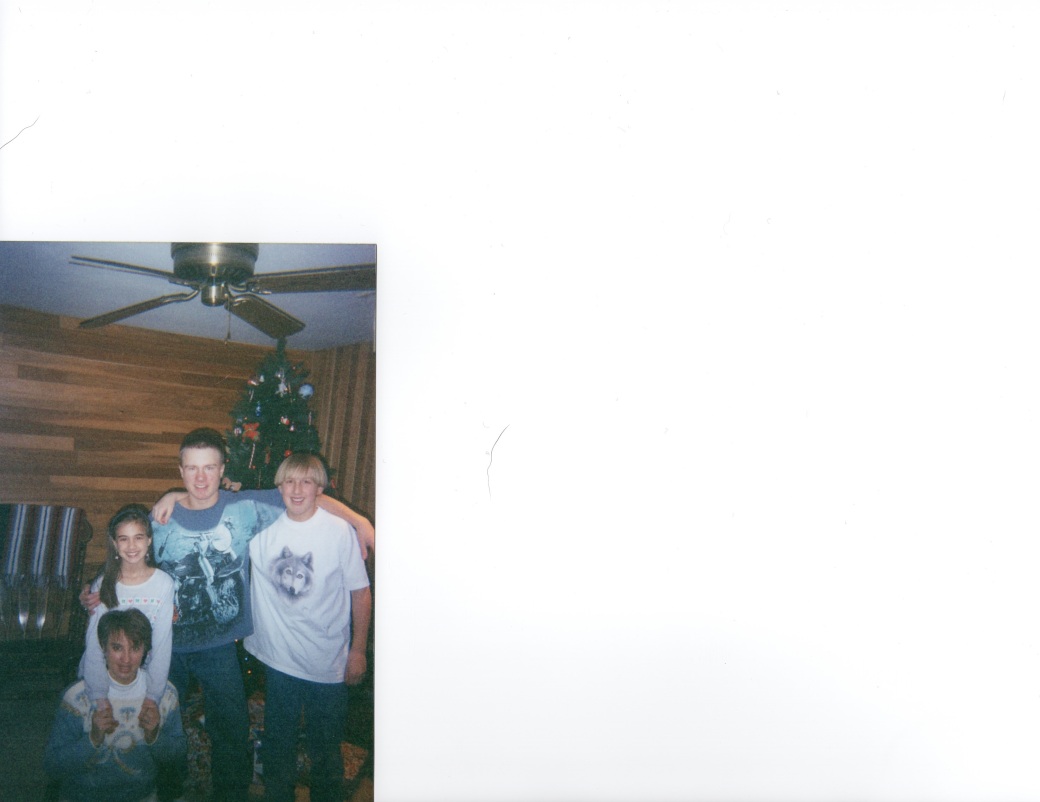 Our last Christmas together

2 thoughts on “A Sister’s Journey”